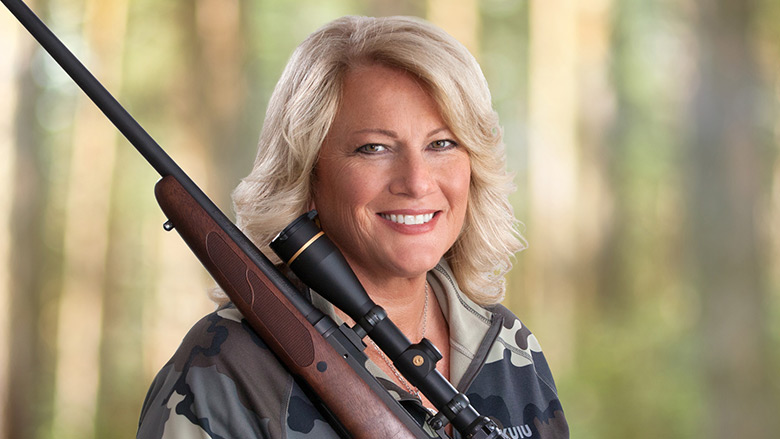 Susan Trnka joined the Advancement Team in 2016. She grew up on a farm in northwestern Minnesota where she was introduced to hunting and fishing at an early age.

She and her husband, Jeff, moved to North Dakota in 1981 and raised four daughters who regularly enjoyed dining on wild game including venison, duck and pheasant.

After their daughters left home Susan devoted increasing time to shooting and hunting and she and Jeff now spend hours in the field pursuing their shared passion for hunting both in the continental United States as well as South Africa. But one of Susan’s favorite hunting spots continues to be in the Beltrami State Forest in Minnesota where she spends time every fall hunting Ruffed Grouse with her 84-year-old father. She treasures her hunting heritage and is committed to preserving the 2nd amendment so that generations to come may enjoy this same opportunity.

Before joining the NRA Susan served as the executive director for an international non-profit organization. She and Jeff live in rural West Fargo, N.D., along with their two beloved Labrador Retrievers: Gus and Rose. In addition to hunting they enjoy spending time with their family that has grown to include 6 grandchildren who already love the outdoors. Susan serves the Great Plains region of the United States that includes North Dakota, South Dakota, Minnesota, Iowa, Wisconsin and Nebraska.